Germany will be looking to bounce back from their shock defeat to Japan when they take on Spain in one of the most highly-anticipated group matches of the 2022 World Cup.

Elsewhere in Group E, Japan could make it two wins from two by beating Costa Rica, who were thrashed 7-0 by Spain in their opening game.

In Group F, Belgium will qualify for the last 16 if they beat Morocco, who held Croatia to a 0-0 draw in their first match. However, Roberto Martinez’s side are likely to have to significantly improve from their 1-0 over Canada, when they were fortunate to claim all three points.

Meanwhile, Canada will have to avoid defeat against Croatia to keep their chances of reaching the knockouts alive.

Havertz: We understand the negativity

Germany’s loss to Japan means they have lost five of their last eight matches at major tournaments, and they won only one of their six 2022 Nations League matches.

“It is difficult to say that statistic is in our favour,” admitted Kai Havertz. “But in the past few years there was an overhaul of the team, a change of coach and new players, and that plays a role.

“But that is no excuse. At the end of the day what matters are the tournaments and when you see the statistic it is 1,000 per cent too small.

“We have to turn things around. We are all in the same boat and know what is at stake, and we will try to improve the statistic.

“I can understand the negativity of fans and media. We know we face criticism and not everyone is behind us. But the past is the past and it is a big game on Sunday.”

Germany boss Hansi Flick wants the focus on his side redirected from politics to competitive matters. Some suggested the Germans were distracted by the debate surrounding their decision to stage a pre-match protest ahead of that midweek opener.

He said: “It’s just the way it is. We need to accept a lot of other things about all this noise in the background of what happened before the tournament, and the story with the armband. The main focus for me has been the football.”

Flick is looking for improvement from his side but remains fully committed to their overall approach, and admitted the Japan result led to some direct discussions he hopes will help bolster Germany’s chances of avoiding an early tournament exit.

“Without a doubt, they are the team that is most similar to Spain in terms of dominating the play and controlling it. That is a beautiful challenge for us.

“A big win like that [against Costa Rica] creates confidence but we can’t go into the game over-confident.

“Will Germany be more dangerous because they need the win more? You never know in football.”

He said: “I think there were some situations where we made a lot of mistakes, where we got [things] wrong. Clearly, I tried to articulate it, and tried to explain that to the team, because it’s important for them to understand and then to implement, and to make them sure that they can do what they’ve been told.

“We talked about the match. We’re really convinced about our philosophy, how we want to play football. And, of course, we’re going to try to do better tomorrow.”

Belgium forward Eden Hazard has called on World Cup referees to protect players like him and Neymar.

Hazard was the second-most fouled player at the tournament after the first round of matches, behind Brazil star Neymar.

But while Hazard came through the 1-0 win over Canada unscathed, Neymar will miss his side’s final two group matches after going off injured against Serbia.

Please use Chrome browser for a more accessible video player

“More players with the ball like me, like Neymar, like Vinicius Junior, we can receive fouls. We have to deal with it. There is no problem, it’s part of the game.

“I just hope opponents can have yellow cards more often than not, because then they will stop the fouls. But it’s part of the game, if you don’t want to get fouled don’t get the ball, that’s it.”

Eden Hazard has struggled for form and fitness at club level with Real Madrid, playing just over 70 minutes of football this season.

But the former Chelsea winger almost matched that figure against the Canadians and insists he is ready to go again when Belgium face Morocco on Sunday.

“So far I’m feeling great, I played 65 minutes, I played well, but I think we can all improve as a team,” he added.

“The recovery period is going very well. I felt good during the hour or so I had on the pitch. The next match is four days later but the recovery has been good. Playing is the most important thing for me.”

Belgium defender Toby Alderweireld and midfielder Kevin De Bruyne were seen in a heated argument around when to play long balls during Belgium’s lacklustre victory over Canada but Roberto Martinez played down the row and insists there is no rift between the two.

“We should not try to create an issue where there is not one,” he said. “You have two experienced players that have played over 70 games together for the national team. They are both winners and they really want to perform well.”

Morocco head coach Walid Regragui has warned the Belgian-born players in his squad to stay focused when they face Martinez’s men in the World Cup on Sunday, saying they risk costly mistakes if they get emotional on a “special” occasion.

Morocco, ranked 22nd in the world, have four Belgian-born players in their squad. Midfielder Selim Amallah and forward Ilias Chair were born there, while midfielder Bilal El Khannouss and winger Anass Zaroury both played for Belgium at the youth level before switching sides to Morocco.

“For any dual national, they have a special emotion and that’s a positive energy and you have to draw on that,” Regragui said.

“But it is a match that we need to win (irrespective) of who we are playing. We have to focus on that.

“We know that this is a special match for them but we have to put that into context. You cannot get too emotional because that could lead you to make mistakes and that could be very expensive for us.”

Canada manager John Herdman drew the attention of Croatian media after he said his team would go and “eff Croatia” in the wake of their spirited defeat to Belgium.

In response to his comments, a Croatian tabloid published a full-page picture of a naked Herdman with maple leaves covering his mouth and groin with the headline: “You have the mouth, but do you have the balls as well?”

Herdman, who had previously acknowledged his comments had not been respectful to Croatia, laughed off the tabloid story, saying: “My wife’s coming after you guys.

“She wishes she had that guy. I’ve got a bit more of a belly than that.”

Canada are playing at their first World Cup since 1986 after topping the CONCACAF qualifying table and, reflecting on how far his country have come, midfielder Stephen Eustaquio said: “There were times when playing Bermuda was exciting and now we are here.

“I think before the tournament we were favourites to not do a good job in this group but we outplayed Belgium, so anything can happen in this group.”

Japan right-back Hiroki Sakai is a doubt after picking up an injury against Germany, and missed training sessions in the week. Arsenal’s Takehiro Tomiyasu would likely come into the defence, but also missed out this week and will need to prove his fitness.

Costa Rica have not reported any injury issues, but will be looking for an improved performance after a 7-0 drubbing by Spain.

Belgium‘s Romelu Lukaku is ahead of schedule in his recovery from injury but coach Roberto Martinez does not expect the striker to face Morocco.

“Romelu, medically, was only available for the third game, but he’s ahead of where he should be and the signs are very good,” said Martinez. “I don’t expect him to be involved tomorrow unless something very good happens today.”

Morocco may be without defender Noussair Mazraoui against Belgium after he was stretchered off against Croatia with a hip injury.

“He is out for now but hopefully he will back for tomorrow,” Regragui said. “Mazraoui and Achraf (Hakimi) and other players including the captain (Roman Saiss) have some fitness issues but hopefully they will be back.

“We have three games in this group stage and we hope to go further than that, and we have to try to do that without taking any risks with injuries. We will decide tomorrow if we can start them but they are ready.”

There are slight fitness concerns over Croatia striker Nikola Vlasic had to come off at half-time against Morocco due to discomfort. While he has not sustained a serious injury, it remains to be seen whether he is fit to start.

Canada have reported no new injury issues from their defeat to Belgium. The 39-year-old Atiba Hutchinson could earn his 100th cap, becoming the first-ever player to reach the milestone for Canada.

Spain also have no new issues following their huge victory against Costa Rica. Luis Enrique may opt to stick with the same XI from the opening game as they look to secure a spot in the last 16.

Germany will wait for the last training session to see if winger Leroy Sane, who was nursing an injury, will be fit to feature.

“We have to wait for final training and afterwards we can say more,” Flick said. “It is good news that he can train. Our medics did a lot of good work and we will see how the training goes.”

Flick appeared by himself at the final news conference prior to the game and not, as usual, with one player, saying they all needed to stay in their training base in north Qatar to focus on the game. 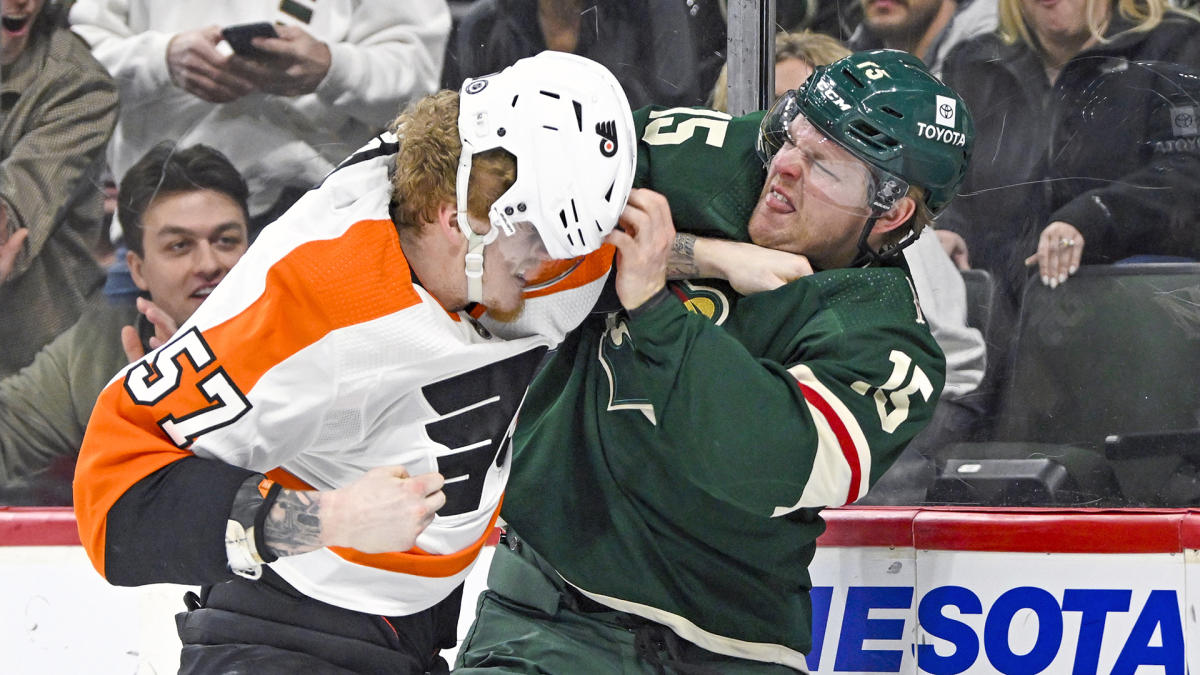